In recent weeks a cast of essayists, psychologists and sociologists have been debating whether Facebook and other media technologies are making us lonely.   This isn’t the first time scholars have been fretting over this question.  But the debate was rekindled by an article in The Atlantic by Stephen Marche  titled “IsFacebook Making Us Lonely?”  This was quickly followed by a spate of other articles which (in order of appearance) included Eric Klinenberg’s “Facebook Isn’t Making Us Lonely,” Sherry Turkle’s “TheFlight From Conversation,” Claude Fischer’s “The Loneliness Scare:  Isolation Isn’t a Growing Problem”  and Zeynap Tufekci’s “Social Media’s, Small,Positive Role in Human Relationships.”

I’m especially persuaded by the arguments that Fischer forwards which in many ways are anticipated by his earlier work AmericaCalling: The Social History of the Telephone.  Despite high brow fears that phone use encouraged “idle chit chat” and mere “gossip,” Fischer concludes that the telephone, at least until 1940, was a “technology of sociability” that expanded the “volume of social activity” in ways that its users generally welcomed.  (America Calling , p. 254). In Still Connected (2011),  Fischer comes to similarly un-alarming conclusions about modern digital technologies:

“using the internet has little effect on average user’s level of face to face contact….Although access to the Internet may have vastly expanded American’s acquaintances – the Facebook “friends” sort of circle – it would not have been a revolution in their personal relationships, just a nudge.” [p.96]

Eric Klinenberg (who was actually Fischer’s student not so long ago) concurs in his recently published book GoingSolo.  While Americans are living alone in greater numbers than ever before, the Internet “affords rich new ways to stay connected.”  With the Internet, and a variety of other modern social infrastructures, “Living alone and being alone are hardly the same…” p.19  Klinenberg even titles chapter five of his book “Together Alone.”  This obviously recalls, and implicitly challenges Turkle’s book with the reverse title (e.g. Alone Together).  Despite fears to the contrary, Fischer and Klinenberg argue that social networking technologies are enhancing rather than detracting from our ability to connect and form bonds with others.

While I’m swayed by the empirical firepower that Fischer and Klinenberg bring to the debate, in the last two weeks I feel like it’s been used in ways that discredit Turkle and Marche overmuch.  For example, in a recent head to head debate between Marche and Klinenberg on CNBC  Marche developed a hand dog look that, combined with his self effacing claims to be merely an essayist  rather than a sociologist made his point of view come off much the worse for wear.  Similarly, on a post on the very engaging Cyborgology blog (and some of the twitter streams of its acolytes), Turkle is dismissed as an elitest whose high brow, nostalgic, and digial dualist sensibilities are preventing her from seeing how mobile devices actually augment reality.  (Our banal prattle about lolcats actually does serve an important social purpose!) Finally, the populist critique reached its most entertaining and literal lowpoint in a Downfall parody that made a raging Hitler, besieged in his Berlin bunker, the mouthpiece of Turkle’s worries:

So where then is the middle ground?  Is there some sort of synthesis or reconciliation that can be reached for between these positions?  I’m biased of course, but I find it in the work of my wife Susan Matt whose Homesickness, An American History dwells at length on the way that homesickness (an emotion which shares much in common with loneliness) is shaped and reshaped by transportation and communication technology.  In brief, the history begins in the colonial period (our antecedents were intrepid but many still longed for what they had left behind).  It concludes with a look at college kids and recent immigrants who, being  a little less technologically bereft than our forebears, use Facebook , mobile phones, and Skype to assuage their longing for home.  Of course, the experience of homesickness has changed in the last 250 years (in the past people actually used to die of it).   However one thing that has remained constant is that our technologies sometimes compound homesickness, sometimes mitigate it, but have never annihilated it:

It is possible that these new technologies actually heighten feelings of displacement. María Elena Rivera, a psychologist in Tepic, Mexico, believes technology may magnify homesickness. Her sister, Carmen, had been living in San Diego for 25 years. With the rise of inexpensive long-distance calling, Carmen was able to phone home with greater frequency. Every Sunday she called Mexico and talked with her family, who routinely gathered for a large meal. Carmen always asked what the family was eating, who was there. Technology increased her contact with her family but also brought a regular reminder that she was not there with them.

The immediacy that phone calls and the Internet provide means that those away from home can know exactly what they are missing and when it is happening. They give the illusion that one can be in two places at once but also highlight the impossibility of that proposition. (The New Globalist is Homesick)

To me this is the history that leads to the middle ground.  Loneliness (like homesickness) is a perennial condition of American society and one we may be particularly prone to given our cult of the intrepid pioneer who is willing to cut home ties.  More importantly these technologies sometimes mitigate these discontents.  But in other instances they sharpen them.   So we can take solace in the general, largely benign, trends that Fischer and his fellow company of sociologists have highlighted: the development of steam ships, the telephone, air travel, and the Internet have by and large drawn us closer together.  But that doesn’t mean that in individual instances these technologies always have that effect.  Put another way our individual discontents are not somehow suddenly erased or rendered meaningless by aggregate social trends.  Which is why Turkle and Marche’s worries still have traction for the rest of us.

That traction is especially manifest in the closing paragraph of Turkle’s essay where she describes her walks on a Cape Cod beach and her impression that in the past people experienced those walks more profoundly than when we have our nose in our cell phones (as apparently we do now).  Some critics have taken her to task for those passages as nostalgic yearnings for a past that never existed or as a celebration of a privileged experience that a good portion of humanity can’t afford.   Those criticisms are spot on as far as they go.  But I’ll wager that Turkle’s sentiments aren’t just the sentiments of an elite or of someone stuck in the memories of a false past.  Take for example this short viral video put out by a Thai mobile phone company called Disconnect To Connect:

Like the phone company we might want to acknowledge that if using communication devices is generally good, that doesn’t mean it’s always good. Given the research, most of the time we will be using our social networking technologies in healthy ways.  But let’s continue to watch out for those circumstances in which they work against our interests – whether we’re walking on a Cape Cod beach or a Thai one.

Here are two other really good blog posts on the subject:

Is Technological Determinism Making Us Stupid?

Posted by Luke Fernandez at 10:42 AM No comments: 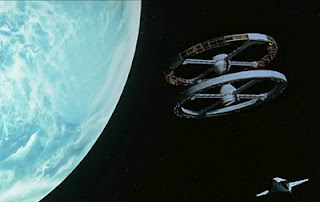 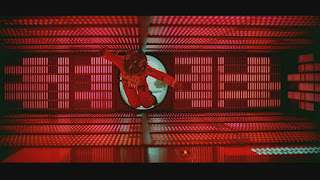 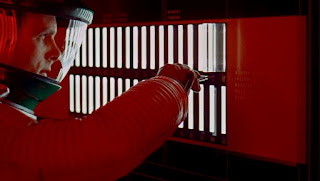 For a variety of reasons, students are reluctant to admit that the relationship between our tools and ourselves can be anything but instrumental.  It's a constant challenge getting them to consider autonomous technology as anything but fantasy.  2001 A Space Odyssey is a nice venue for exploring the possibility of a more complex relationship between humans and machines.  And Carr takes it one step further by showing that these same challenging relationships exist between ourselves and our more earthbound digital devices.
Posted by Luke Fernandez at 9:27 PM No comments: