In a recent blog post titled "Openness, Socialism and Capitalism" David Wiley argues that one of the reasons OER should be promoted is that it forwards the interests of the taxpayer through the protection of contracts and property rights. Summarized, Wiley argues that taxpayers should be entitled to the intellectual property that is produced and funded by taxpayer dollars. By licensing this property as OER, that entitlement is protected. However, conversely, if the intellectual property is privatized that entitlement is jeopardized. (Wiley doesn’t say so directly but this is essentially a Nozickian view of justice where goods are distributed on the basis of existing titles and contracts rather than on the basis of something else like utilitarianism or egalitarianism.)

Since by vocation I’m more of a technologist than an an academic I’m always interested in how the ideals and arguments of OER apply to OSS. While OER is not the same as OSS, it’s worth noting that with regard to this particular issue OSS licenses also serve the taxpayer’s interest. When universities (and university technologists) acquire software – especially big ERP systems or LMSs – they don’t just use the software, they often also help to make the software better by reporting bugs, writing ancillary documentation, suggesting design improvements, and doing local quality assurance testing. When the software is OSS, those taxpayer funded labors get embedded in property that is publicly owned. However, when the software is something other than OSS there’s a weaker guarantee that the value produced by that labor will remain in the public domain.

Since college and university technologists labor behind the scenes it’s not always transparent where they labor, how all that taxpayer money is being spent, or where all the value that is produced by that labor ends up. But a good portion of it, instead of being handed directly back to the taxpayer, is leveraged most directly by the software companies whose bugs we uncover and whose user communities we foster.

As charitable institutions universities shouldn’t be too grudging in how the value which they add to the world is distributed. The university's intellectual property should be there for anyone to take whether those people are taxpayers or private corporations trying to advance the latest innovations. But OSS and OER ensure that everyone has an opportunity to benefit and that the intellectual property funded through taxpayer funded labor remains a taxpayer entitlement.

Disciplining the faculties: should learning always be fun? 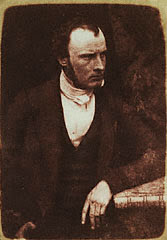 I recently posted the following on Educause's Games and Learning Listserv:

I just finished “This Game Sucks”: How to Improve the Gamification of
Education” in the most recent edition of Educause Review. Not a
sucky article (and as a side note I think the author – Smith Robbins
-- also hosts this listserv). I was especially interested in the
following passage:

Given the space limitations in an Educause column it’s understandable that the idea of education as entertainment versus education as something else couldn’t be elaborated on. But perhaps it’s worth exploring at greater length here?

There are merits to both sides. For learning to be sustainable we do need to show students that it has intrinsic rewards. However, I’m not sure that something that’s rewarding necessarily has to be fun. Or, even if it has to be fun whether it needs to be made fun in the short term. By way of an example I’m pretty sure that most of us learned something of value when we wrote dissertations and undergraduate theses. But very few of us would probably describe those experiences as fun. (Or at least not fun in the same way Black Ops is fun).

On the one hand, in differentiating between something that is rewarding and something that is fun, I’m partial to a pedagogical ideal that stresses that successful learning also entails teaching
students about discipline and about delayed gratification. To be sure we want to stress that just as we can expect good games to incorporate experiences of flow and fiero (as Jane McGonigal argues) we should attempt to introduce those same experiences into learning as well. But that doesn’t mean that students should expect those experiences all the time or perhaps even most of the time. And since it won’t be there all of the time in class or in work in the larger world, we need to teach students the disciplinary outlooks that can help them get through the duller less rewarding moments that inevitably arise.

On the other hand, in stressing a vision of education that takes it’s ideals from the disciplining of faculties (rather than simply from fun), I finally had a look back at Lawrence Veysey’s classic text, The Emergence of the University, in which he traces the origins of these more ascetic ideals of education in his opening chapter titled “Discipline and Piety.” Unfortunately, at least in that classic chapter I couldn’t find a particularly good defense of the idea of discipline. Even Princeton’s McCosh (President of that school in the late 19th century), who Veysey sees as one of discipline’s defenders seems to hazard feelings that Smith-Robbins could use in the promotion of gaming:

“Some have gone so far as to say, that [it does not]…..matter whether the knowledge….acquired, say the writing of Latin verses, be of any use in the future life or no; no matter how dull and crabbed the work, how harsh the grindstone on which the mind is ground, provided thereby the faculties are sharpened for use…..Do you not see the terrible risk of wearying and disgusting the mind, when it is making its first and most hopeful efforts, and giving it ever after, by the laws of mental association, a distaste for severe studies? True, the exercise of the mind, like that of the body, is its own reward; but both are most apt to be undertaken when there is some otherwise pleasant or profitable object in view…..” p.25, Veysey

So a defense of Smith Robbin’s positions can even be summoned from visions of education promulgated over 150 years ago.

But that being said, there is more to be explored here. Is education really about fun? Or is it about other sorts of rewards as well? And if elements of discipline and gratification also need to be incorporated into education, is gaming really the best (or most important model) from which to fashion educational reform? Finally are there other American intellectual traditions to draw on (apart from the Discipline and Piety educators) in defending (or calling into question) the virtues of learning as gaming?
Posted by Luke Fernandez at 5:22 PM 1 comment: