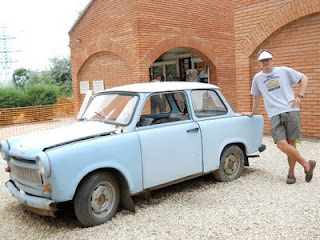 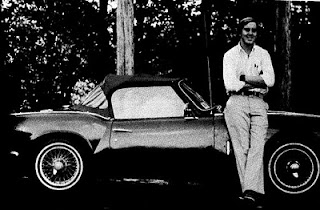 I was only semi-conscious of this "ironic awareness" when I posed hurriedly in front of the camera. But perhaps similar motivations were at work. It's too bad the Trabi wasn't around when I graduated from high school; maybe then I too could have a graduation picture that I'd be less embarrassed about.
Posted by Luke Fernandez at 4:23 PM No comments: